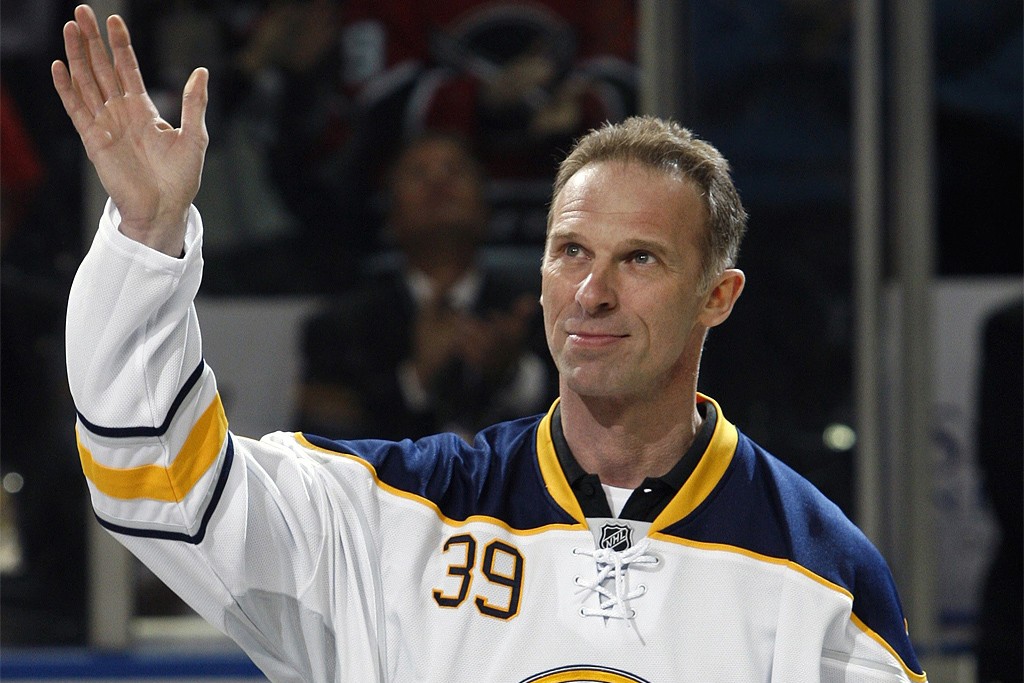 On Friday night, the National Hockey League announced its Top 100 list of the 100 greatest players to play as part of the league's 100-year anniversary. 33 of the Top 100 players were named at the Centennial Classic on January 1st, with those players primarily playing in the first half of the century from 1917 to 1966. The other 67 were named at a ceremony at the Staples Center in Los Angeles, California to kick off the NHL All-Star festivities.

Five former Buffalo Sabres were honored as Gilbert Perreault, Tim Horton, Grant Fuhr, Pat LaFontaine, and Dominik Hasek were named to the NHL's Top 100 players in NHL history. It was in his time with the Sabres where Dominik Hasek's career really took off. After being acquired by the Sabres in the summer of 1992 from the Chicago Blackhawks, Hasek took the reigns as the Buffalo's starting goalie and never looked back.

In nine seasons with the Sabres and in 491 career games played, Hasek recorded a 234-170-70 record with a 2.22 goals-against average and .926 save percentage. Hasek is second all-time in franchise history in wins, losses, saves, and minutes played. However, Hasek holds the franchise record in a number of goalie statistics including goals-against average, save percentage, and shutouts. In 1999, Hasek helped lead the Sabres to the Stanley Cup Finals, where Buffalo lost in six games to the Dallas Stars.

In Hasek's 16-year career with four different franchises, he finished with 389 wins, a 2.20 goals-against average and a .922 save percentage in 735 games played. Hasek is 13th in NHL history in career wins, but he ranks atop the all-time goaltending list in save percentage. Hasek would go on to win two Stanley Cup Championships with the Detroit Red Wings in 2002 and 2008. Hasek also won another William M. Jennings trophy with the Red Wings in 2008.