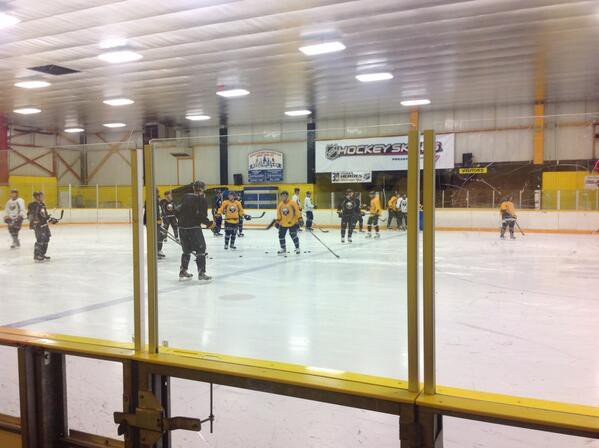 In December 2004, Hasek’s Heroes took over the operation of Riverside Park’s Reuben “Bud” Bakewell Ice Rink, which is named after Reuben Bakewell who, through his efforts and dedication, formed a hockey program (Bud Bakewell Bruins) that became the anchor tenant of the rink. The outcome of the decision to have Hasek’s Heroes operate the rink has been a mutually beneficial arrangement for Hasek’s Heroes, the city of Buffalo and Erie County. Under the organization’s active, professional management, the rink has evolved into one of the region’s most well maintained and sought after ice facilities, becoming a source of community pride.

The rink features include:

Since taking over the facility, Hasek’s Heroes has invested more than $300,000 in the facility, ensuring the rink continues to operate at a superior level for the local skaters who use it.

Among the investments made to date are:

Today, Riverside Rink is truly a community resource. It is home to the Hasek’s Heroes Program, the Power City Bruins, SABAH, and is used by the Buffalo City High Schools and neighboring youth hockey groups. Public skating is also offered five days a week, as well as age-appropriate Skate & Shoot sessions, in addition to adult league games and private rentals.