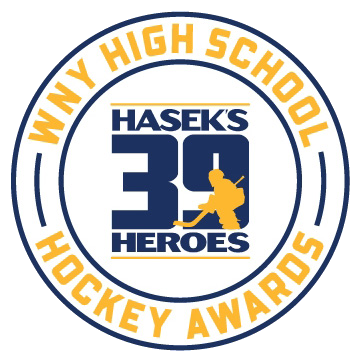 We are honored to announce the first annual Hasek’s Heroes Western New York High School Hockey Awards Ceremony.  Awards will be given to WNY High School Hockey players, coaches and teams recognizing their season's achievement.  As a component of the awards ceremony, we are recognizing a Western New York Youth Hockey Team that has made the most impact in their community.

To nominate a team, complete the Youth Hockey Team of the Year nomination application found HERE

All entries must be submitted by March 8, 2019 to Scott McManigle 2607 Niagara St. Buffalo, NY 14207 or emailed scott@haseksheroes.org . Winners will be our guest and announced at the awards ceremony on March 27, 2019 at the KeyBank Center.